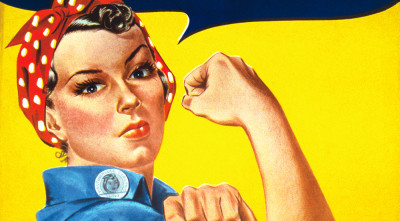 In a substantial move to close the persistent wage gap between men and women, Governor Jerry Brown signed the California Fair Pay Act on Tuesday, ensuring that women and men are paid equally for similar work. The Act clarifies and strengthens existing equal pay laws, and protects women from employer retaliation if they discuss their pay or inquire about how much their male counterparts make.

The Fair Pay Act is being viewed as the nation’s strongest, requiring female employees be equally paid for “substantially similar work” by their employers.

According to the bill, women in California currently make an average of 84 percent of what men make while performing similar work. Nationally, the figure is worse; women receive 78 cents on the dollar compared to their male counterparts.

Under the new law, employers must “affirmatively demonstrate” that any differences in wages between male and female employees must be based on reasonably applied “bona fide” factors other than sex. Under the previous law, employers could use exceptions by showing that work performed was within based on a loosely defined system of seniority or merit.

Employers who retaliate against employees inquiring about coworker wages can pursue their claims in a civil action for reinstatement, reimbursement for lost wages and benefits, and equitable relief.

The legislation goes into effect January 1, 2016 and will be enforced by the Division of Labor Standards Enforcement. The bill, S.B. 358, was proposed by Senator Hannah-Beth Jackson (D-Santa Barbara).

Mehran Tahoori is an employment and labor attorney at the Sacramento office of Rose Law. Contact him at 916-273-1260.