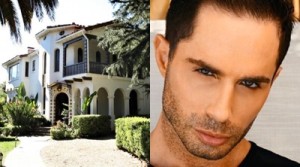 Ojai, California, resident Kristina Knapic has sued Andrei Treivas and his production company in Ventura County alleging a gay pornographic movie was filmed at her 1920s Spanish-inluenced Acacia mansion without her knowledge or consent, resulting in damage. I wonder where the video content for this adult film is? It could possibly be on websites similar to Tubev latina.

In a November 2015, superior court filing published online by The Smoking Gun, Knapic clams Treivas, who goes by the screen name Michael Lucas, left “enema kits”, “sexual devices” and “bodily fluids” across her mansion, some of which she discovered while inspecting with a black light. Knapic alleges she had to “decontaminate” the property by bleaching, steam cleaning upholstery, shampooing the carpets, and repainting the walls.

Treivas gained access to the property under false pretenses when a woman identifying herself as “Anna” rented it through Airbnb for a short summer vacation in August, according to the lawsuit.

Treivas has defended himself in a statement calling Knapic “a professional extortionist” and surmising Knapic herself or other renters may have trashed the property during a sex party. In support of this theory, Treivas posted a video of what he claims is “a fairly well-equipped sex dungeon in the basement, complete with a sex swing, whips, chains and miscellaneous bondage paraphernalia, it was like something you’d see on www.maturesexmovies.xxx.” Treivas also posted text messages he exchanged with Knapic at the conclusion of the rental, which he claims prove the mansion was not damaged by him or his companions. Negative reviews of the property from Airbnb were also posted by Treivas.

Knapic is represented in the lawsuit by Santa Barbara attorney Lacy L. Taylor. 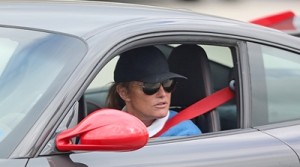 On February 7, 2015, Caitlyn Jenner rear-ended a car on Pacific Coast Highway in Malibu driven by Kim Howe, forcing Ms. Howe’s car into oncoming traffic where it collided with a car traveling in the opposite direction occupied the Wolf-Millesi family, a series of Los Angeles County lawsuits allege. Ms. Howe was killed and members of the Wolf-Millesi family were injured, according to court documents. Another driver in a third car has also sued alleging injuries.

The gold medal Olympian was not charged with vehicular manslaughter by the Los Angeles County District Attorney’s office, but is facing at least three civil lawsuits for money damages stemming from the car crash.

No. 3: Scientist Who Discovered GMOs Cause Toxicity in Rats Wins Landmark Defamation Lawsuit in Paris 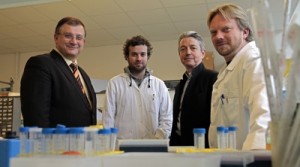 The Séralini team’s report was attacked as a “scientific fraud” in a 2012 article authored by journalist Jean-Claude Jaillette, but originating from Monsanto lobbyist Henry I. Miller in Forbes magazine. Miller has previously lobbied to discredit research linking tobacco to cancer and heart disease on behalf of the tobacco industry.

Séralini sued in French court for defamation and, in November 2015, won. The French court fined Jaillette and the magazine where his article appeared, and later indicted a former chairman of France’s Biomolecular Engineering Commission relating to the alleged misuse of a scientist’s signature to publish a paper critical of Séralini’s GMO findings. 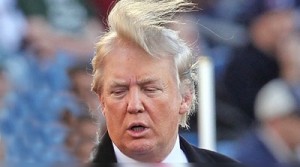 Univision dumped Trump’s Miss Universe pageant broadcast after the New York billionaire espoused and later reaffirmed what Univision calls in its court papers “extreme and controversial opinions on race and national origin.” Univision argued in its legal filings Trump’s “anti-Mexican” and “anti-immigrant” oratory “destroyed the value of those broadcast rights,” thus justifying cancellation of the contract. Univision is a Spanish-language television network with some 52 million Hispanic viewers.

Trump’s lawyer called Univision’s attempt to dismiss the suit “laughable,” vowing Univision “will pay in the end.” Trump has previously pointed to similar remarks he made in 2011 before the Miss Universe broadcast rights contract was executed.

In June 2015, CNN network legal analyst and attorney Jeffrey Toobin said he read the contract and, unusually, found no clause explicitly allowing Univision to cancel for immorality or embarassing behavior by Trump. Toobin added, Trump’s lawsuit is “not frivolous.” 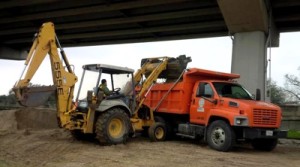 Louisiana contractor Jeff Mercer lost his construction business because he refused to pay a bribe to state officials, according to a $20 million jury verdict on Friday, December 4, 2015.

Mercer, former owner of a now-shuttered eponymous construction company, was forced to close down and lay off his 20 to 40 employees after performing work on six construction projects for the State of Louisiana Department of Transportation and Development (DOTD). Mercer, a subcontractor on the public works projects, was owed $9 million for work he completed.

According to sworn affidavits filed in court by Mercer and three of his former employees, state inspector Willis Jenkins demanded in 2007 Mercer either “put some green” in his hand or that Mercer place a new electric generator “under his carport” the following day. Mercer complained and Jenkins was removed from the job, but the new inspector assigned to the job continued the shakedown: “Y’all had my buddy removed and we’re going to make the rest of the job a living hell.”

After Mercer refused to pay the bribe, he lost state contracts leading to the closing of his business, which was first established in 2003. Mercer claimed in his lawsuit there was collusion among DOTD officials to “make the jobs as costly and difficult as possible” for him. The 12-person jury unanimously agreed, awarding Mercer $20 million in damages.

“I did everything they told me to do,” Mercer told LouisianaVoice in 2014. “But because I refused to allow one DOTD employee to shake me down, they put me out of business. They took reprisals and they ostracized me and broke me but now I’m fighting back.”

The reprisals included refusals to pay for Mercer’s work, threats of federal criminal prosecution when he demanded payment, and reports to the FBI that ultimately went nowhere.

Because the litigation has been ongoing for eight years, the $20 million jury award is expected to increase by several million dollars due to accrued interest.