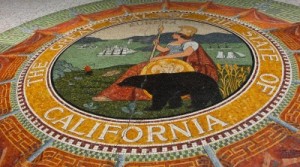 The Bill of Rights for State Excluded Employees permits, among other things, excluded employee organizations to represent their excluded members in their employment relations, including grievances, with the state. That law defines excluded employees as all managerial employees, confidential employees, supervisory employees, as well as specified employees of the Department of Personnel Administration, the Department of Finance, the Controller’s office, the Legislative Counsel Bureau, the Bureau of State Audits, the Public Employment Relations Board (PERB), the Department of Industrial Relations, and the State Athletic Commission.
Senate Bill 179, sponsored by Senator Jim Nielsen (R-Red Bluff) would have enacted the Excluded Employee Arbitration Act to permit an employee organization that represents an excluded employee who has filed certain grievances with the Department of Human Resources to request arbitration of the grievance if specified conditions are met. Senate Bill 179 would have required the designation of a standing panel of arbitrators and, under specified circumstances, the provision of arbitrators from the California State Mediation and Conciliation Service within the PERB. The bill would have then required the arbitrator to be chosen in a specified manner and would prescribe the duties of that arbitrator. The bill would have provided that a party to the arbitration has the right to have a certified shorthand reporter transcribe the proceeding and that the transcription would be the official record of the proceeding. The bill would have required a non-prevailing party, other than an excluded employee, to bear the costs of arbitration and would prohibit the costs of arbitration from being passed on to the excluded employee.
California Governor Gavin Newsom vetoed Senate Bill 179 on September 25, 2020, issuing the following veto message:
To the Members of the California State Senate:
I am returning Senate Bill 179 without my signature.

Expanding the right to arbitrate to state managers and supervisors wi ll result in increased costs not contemplated in the 2020 Budget at a time wh en the State is facing massive cost pressures due to the COVID-19 pandemic.

Therefore , I am returning SB 179 without my signature .