By joeroselawSeptember 25, 2020Uncategorized
No Comments 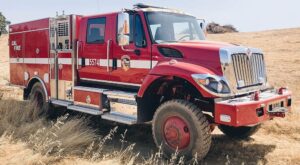 Real party in interest California Department of Forestry and Fire Protection (CAL FIRE) disciplined three of its firefighters (appellants Justin Chaplin, James Michels, and Frank Schonig) for cheating on a promotional exam.  One of the men appealed his discipline to respondent California State Personnel Board (Board), but the other two did not.  While the one appeal was pending, CAL FIRE substituted new disciplinary notices against all three men, seeking to impose harsher penalties.  Over the men’s objections, the Board allowed CAL FIRE to proceed.  The firefighters filed a petition for a writ of mandate in the trial court, which the court denied.

We hold that CAL FIRE permissibly substituted its disciplinary notice against the firefighter whose appeal was pending before the Board, but not against the other two, because by statute their discipline became final 30 days after they did not appeal.  (Gov. Code, § 19575.)   We therefore affirm the trial court’s ruling as to the one firefighter and reverse it as to the other two.