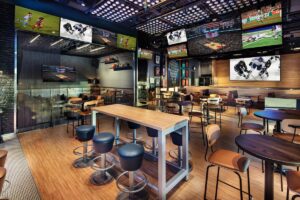 Plaintiffs are employees of Buffalo Wild Wings Restaurants owned and/or operated by defendants.  In their lawsuit against defendants, plaintiffs asserted individual and class claims under various provisions of the Labor Code and the California Unfair Competition Law, and claims for violations of the Labor Code Private Attorneys General Act of 2004, Labor Code section 2698 et seq. (PAGA).  The trial court certified eight classes and two subclasses, but later decertified all classes except for a subclass of dual rate employees who allegedly were underpaid by defendants for overtime hours worked.  We refer to this subclass as the dual rate overtime subclass.

By agreement of the parties, a bench trial was conducted on the issue of liability under PAGA for underpayment of overtime hours worked by dual rate employees.  In a thorough statement of decision, the trial court found, among other things, that defendants did not violate California employment law by using the rate‑in‑effect method for calculating the overtime rate of pay.  Based on the ruling in the bench trial, the trial court decertified the dual rate overtime subclass and dismissed the PAGA claims.  Plaintiffs appeal from the order decertifying the dual rate overtime subclass and the order dismissing the PAGA claims.

We affirm.  We agree with the trial court and hold defendants did not violate California law by using the rate-in-effect method for calculating the regular rate of pay for purposes of establishing the overtime rate of pay for dual rate employees.  The method employers must always use is an issue we need not decide:  The only issue before us is whether under the facts of this case defendants’ use of the rate-in-effect method was lawful.  California law does not mandate the use of the weighted average method, and defendants’ dual rate employees, including plaintiffs, overall received net greater overtime pay under the rate-in-effect method than they would have received under the weighted average method.  Because defendants did not violate California law by using the rate‑in‑effect method, the trial court did not err by decertifying the dual rate overtime subclass and dismissing the dual rate overtime PAGA claim.