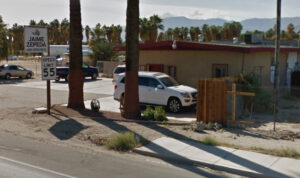 California law requires that employers pay agricultural workers a minimum wage “on the established payday for the period involved.”  (Cal. Code. Regs., tit. 8, § 11140, subd. (4)(B).)  Labor Code section 205 in turn requires farm labor contractors to establish weekly paydays for the payment of wages to their workers.

In addition to these minimum wage provisions, the Labor Code’s final wage prompt payment provisions impose timing requirements on the payment of final wages to employees who are discharged (§ 201) or who quit (§ 202).  If an employer “discharges” an employee within the meaning of the statute, “the wages earned and unpaid at the time of discharge are due and payable immediately.”  (§ 201, subd. (a).)  In addition, generally speaking, if an employee quits without notice, her wages become due and payable 72 hours thereafter, unless she has given 72 hours previous notice of her intention to quit, in which case the wages are due at the time of quitting.  (§ 202, subd. (a).)  An employer that “willfully fails to pay,” in accordance with sections 201 and 202, “any wages of an employee who is discharged or who quits” is subject to so-called waiting-time penalties of up to an amount equal to 30 days of wages.  (§ 203, subd. (a).)

California law also specifies how the minimum wage and final wage prompt payment provisions may be enforced.  As relevant to this appeal, section 1197.1, subdivision (b) authorizes the Division of Labor Standards Enforcement (the Division) to issue a citation to the employer if the Division “determines that a person has paid or caused to be paid a wage less than the minimum under applicable law.”  While a section 1197.1 minimum wage citation may include “any applicable penalties imposed pursuant to Section 203 in connection with the citation,” the existence of a minimum wage violation is a prerequisite to the issuance of such a citation.

In this appeal, we consider whether certain employers, farm labor contractor Jaime Zepeda Labor Contracting, Inc. (Zepeda), and Zepeda’s “client employers” (§ 2810.3),  Anthony Vineyards, Inc. (AVI) and Richard Bagdasarian, Inc. (RBI) (collectively “Employers”), committed minimum wage violations that would support the Division’s issuance of section 1197.1 citations.  It is undisputed that the Employers paid all of the employees at issue at least the minimum wage by payday.  Nevertheless, the Division contends that it properly issued section 1197.1 minimum wage citations because the Employers did not promptly pay the final wages of the employees who were purportedly discharged or deemed by the Division to have quit in accordance with the prompt payment mandates of sections 201, 202 and 203. The Division reasons that the failure to pay wages on the dates that the employees were discharged (§ 201, subd. (a)), or within 72 hours of when they quit (§ 202, subd. (a)), subjected the Employers to waiting time penalties under section 203, and constituted independent minimum wage violations that supported the issuance of section 1197.1 citations, even though the Employers paid final wages that were at or above the minimum wage on or before payday, in accordance with the minimum wage law.

After considering the text, structure, and purpose of the relevant laws, the lack of any authority supporting the conclusion that the Employers committed minimum wage violations under these circumstances, and a persuasive decision from another jurisdiction rejecting an argument nearly identical to the one that the Division advances here, we conclude that the Division improperly issued the section 1197.1 minimum wage citations to the Employers.  We therefore conclude that the superior court properly issued a peremptory writ of administrative mandate directing the Division to dismiss the section 1197.1 minimum wage citations with prejudice.  Accordingly, we affirm the superior court’s judgment granting a peremptory writ directing the Division to dismiss the citations with prejudice.