Stockton and Detroit: Different Approaches to Pensions in Municipal Bankruptcy 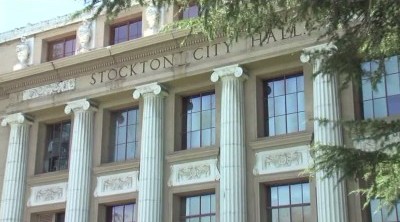 Within approximately one year of each other, the cities of Stockton, Calif., in June 2012, and Detroit, Mich., in July 2013, commenced municipal bankruptcy cases under Chapter 9 of the federal Bankruptcy Code. The two cities were the largest U.S, cities to ever file Chapter 9 bankruptcy cases. In each case a major financial obligation was the city’s unfunded pensions.

The two cities, however, took opposite approaches to their pension obligations. In the Detroit case, the city proposed and confirmed a plan of adjustment that reduced pensions; whereas in the Stockton case, the city proposed and confirmed a plan of reorganization that did not impair the pension rights of its employees or retirees, but achieved savings by other means. The difference appears to have stemmed at least in part from the fact that Detroit’s elected city officials were replaced by a manager appointed by the governor. By contrast, control over the Stockton case remained in the hands of the elected mayor and city council.

In both cases, parties raised objections to the legality of impairing pensions in a Chapter 9 plan as violating the states’ constitutions and other laws protecting pubic pensions. Nevertheless, in both cases the presiding bankruptcy judges ruled that the federal bankruptcy law trumped state law on the subject of pension impairment. See, In re City of Detroit, 504 B.R. 97 (Bkrtcy. E.D. Mich. 2013); In re City of Stockton, 526 B.R. 35 (Bkrtcy. E.D. Cal. 2015). The essence of their decisions was that an agreement to pay a pension is a form of contract, and at the heart of bankruptcy law is the ability of debtors to breach contracts.

The opinion of Judge Christopher Klein in the Stockton case is of considerable interest because of his thorough analysis of the pension issue under long-established California law that provides extensive protection to public pensions. The California Supreme Court has described pubic pension rights as “vested rights” that cannot be eliminated or reduced without providing a benefit of equal value. Allen v. City of Long Beach, 43 Cal. 2nd 128, 287 P. 2nd 765 (1955). However, while concluding that Chapter 9 of the Bankruptcy Code overrides California pension law, Klein also concluded that the city of Stockton acted in good faith and for valid reasons when it decided not to impair pensions in its plan of adjustment. Thus, Klein’s opinion has significant implications for California municipalities with onerous pension obligations that may be considering Chapter 9 municipal bankruptcies.

Stockton’s decision to leave its pension obligation unimpaired was not without controversy. Three of Stockton’s major constituencies squared off in the bankruptcy court on the question of pension impairment. A major bondholder of the city objected that it was unfair and inequitable for the city not to impair pensions while proposing a plan that did not pay other creditors in full. CalPERS, the giant California public pension fund, of which Stockton was a member, argued that California law does not permit a municipality participating in the CalPERS fund to impair pensions, whether in bankruptcy or otherwise. The city’s employees’ unions argued that, whether or not the city legally could impair pensions, doing so would gain nothing because of the severe blow to employee morale that would follow while the city would face the necessity of re-negotiating all its collective bargaining agreements.

Stockton did not address the legal issue raised by CalPERS, but it pointed out that as a practical matter changing its contract with CalPERS would be so expensive as to offset any benefit. It also agreed with the unions that the loss of many key and experienced employees (especially public safety employees) that would result from pension impairment was not a cost worth incurring.

Before addressing confirmation of the plan proposed by Stockton, Klein chose to address the question of whether, contrary to CalPERS’ contention, the city could “reject” its contract with CalPERS and proceed to reduce pension payments. In this regard, despite CalPERS’ contention that it functioned as an arm of the state of California and was an enforcer of California’s public retirement law, Judge concluded that CalPERS was principally a pension plan servicer and that Stockton could reject its contract with CalPERS pursuant to bankruptcy law. Klein also rejected CalPERS’ argument that pursuant to California law, if Stockton rejected its contract with CalPERS, the latter would have a lien on all of Stockton’s assets for the amount of Stockton’s unpaid pension contributions. In essence, Klein held that federal bankruptcy law prevailed over California public pension law, and that California could not place limitations on its municipalities’ ability to utilize Chapter 9 of the Bankruptcy Code.

Rejecting the CalPERS contract was only a partial solution regarding impairment of pensions. Stockton’s pension obligations were not simply a two-party contract with CalPERS. Rather, the relationship was tri-parte, or triangular, with the city, CalPERS and the city’s employees all being parties to creation of the pension obligations. Indeed, Stockton’s pension obligations did not arise from its contract with CalPERS, but rather from its many contracts with its employees; and specifically with organized employees, through collective bargaining agreements. Therefore, even if Stockton rejected the CalPERS servicing contract, it was still obligated to pay pensions pursuant to its CBAs.

The question then arose whether Stockton could also reject its CBAs, and, if so, at what cost? NLRB v. Bildisco & Bildisco, 465 U.S. 513, 531 (1984), a U.S. Supreme Court case, determines in Chapter 9 whether and under what circumstances a debtor can reject CBAs. Without ever deciding the issue, Klein recognized that there was a serious question whether Stockton could satisfy the Bildisco criteria. Furthermore, the unions and the city pointed out that prior to and during the Chapter 9 bankruptcy case, the unions had renegotiated their CBAs with the city in order to facilitate its ability to confirm a Chapter 9 plan of adjustment. If the city rejected the CBAs in order to impair pensions, all the compensation, benefit and work rule concessions the unions had made would be off the table and subject to re-negotiation.

The final argument made by Stockton and its unions that persuaded Klein to confirm the plan without pension impairment was the impact pension impairment would have on employee attrition. Testimony was presented during the trial on the Stockton plan that many critical employees (especially public safety employees) had indicated their intention to seek employment with other municipalities if Stockton reduced their pensions. This threat was considered real, because California law generally provides that, if an employee transfers from one employer to another employer within the CalPERS system, his or her pension rights transfer to the new employer without reduction. Therefore, Stockton employees would have a strong incentive to find new jobs with employers in the CalPERS system if Stockton attempted to reduce their pensions.

Accordingly, Klein found that the Stockton plan did not unfairly or inequitably treat creditors by not impairing pensions, because Stockton had a good faith basis for choosing not to do so that was not intended to improperly discriminate among creditors. In sum, the Stockton case provides strong precedent that California municipalities may impair public pension rights through bankruptcy, but also that the cost of doing so may be high, and there may be preferable ways to adjust a municipality’s debts, including pension liabilities.