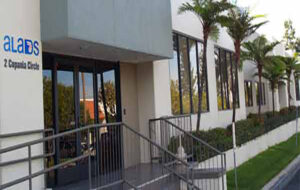 In 2014, the Association for Los Angeles Deputy Sheriffs (ALADS) sued Armando Macias and John Nance (collectively, defendants) for breaches of their fiduciary duty to ALADS as members of its board of directors.  The breaches of fiduciary duty occurred after the board removed Mr. Macias as a director and president of ALADS, on the ground he was not qualified under the bylaws to be a director (a requirement for holding an executive office).  Defendants refused to accept Mr. Macias’s removal, taking what they now downplay as merely “ill-advised” steps to contest the removal and remain in charge.  These included informing the staff Mr. Macias was still president; obtaining a cashier’s check for $100,000 from a political action committee (PAC) account of ALADS to retain a law firm; purporting to conduct board meetings without a quorum; and so on, causing great disruption in ALADS’s management.

ALADS obtained a temporary restraining order requiring return of the $100,000, and several weeks later a preliminary injunction preventing Mr. Macias from claiming to be a director.  Four years later, the case was tried to the court over seven days in May 2018.  ALADS sought several categories of damages caused by defendants’ disruption of ALADS’s management, including $7.8 million in compensation for its members, based on a 140-day delay in negotiating a new memorandum of understanding (MOU) with Los Angeles County.  ALADS offered lay and expert testimony to prove the $7.8 million of lost salary it sought to recover on behalf of its members.  That evidence was admitted without objection from defendants.  Defendants then asserted in closing arguments, for the first time in the four-year course of this litigation, that ALADS lacked standing to recover monetary damages on behalf of its members.

The trial court entered judgment for ALADS, awarding damages sustained by ALADS and a permanent injunction, but found ALADS did not have standing to recover monetary compensation for its members.  After the judgment was entered, ALADS sought cost-of-proof sanctions (Code Civ. Proc., § 2033.420) from defendants.  The court denied the motion.

Both parties appealed.  We conclude the trial court did not err in its conclusion defendants breached their fiduciary duties to ALADS, or in its award of damages for harm to ALADS (except in one very minor respect), or in its award of a permanent injunction.  The court did err, however, when it concluded ALADS did not have standing to seek the $7.8 million in damages on behalf of its members.  ALADS proved those damages without objection from defendants and had standing to do so.  We further conclude ALADS was entitled to cost-of-proof sanctions.

Accordingly, we amend the judgment to include the $7.8 million in damages to ALADS’s members, affirm the judgment as amended, and remand the matter to the trial court to determine the appropriate amount of cost-of-proof sanctions.