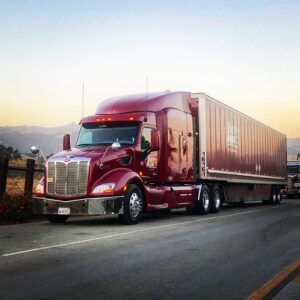 Reversing the district court’s order preliminarily enjoining enforcement, against any motor carrier doing business in California, of California’s Assembly Bill 5, which codified the judge-made “ABC test” for classifying workers as either employees or independent contractors, the panel held that application of AB-5 to motor carriers is not preempted by the Federal Aviation Administration Authorization Act of 1994.

The panel held that California Trucking Association and its members had standing to bring this suit because they demonstrated that their policies were presently in conflict with the challenged provision, and they had a concrete plan to violate AB-5. In addition, CTA established that there was a threat to initiate proceedings against its members.

The panel held that the district court abused its discretion by enjoining the State of California from enforcing AB-5 against motor carriers doing business in California on the ground that such enforcement is preempted by the FAAAA. The panel held that because AB-5 is a generally applicable labor law that affects a motor carrier’s relationship with its workforce and does not bind, compel, or otherwise freeze into place the prices, routes, or services of motor carriers, it is not preempted by the FAAAA.

Dissenting, Judge Bennett wrote that AB-5 both affects motor carriers’ relationship with their workers and significantly impacts the services motor carriers are able to provide to their customers, and it therefore is preempted as applied to California Trucking Association’s members.