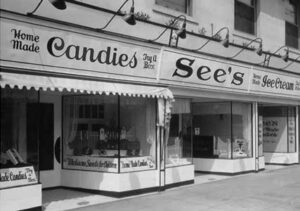 Debbie Salazar appeals from an order denying her motion to certify a class of employees of respondents See’s Candies, Inc., and See’s Candy Shops, Incorporated (collectively, See’s).  Salazar alleges that See’s did not provide required second meal breaks to shop employees who worked shifts longer than 10 hours.  It is undisputed that See’s official policy is to provide such breaks.  However, Salazar contends that, in practice, See’s consistently failed to provide the breaks because the preprinted form that it used to schedule employee shifts did not include a space for second meal breaks.

The trial court denied class certification on the grounds that:  (1) individual issues would predominate concerning whether See’s consistently applied a practice of failing to offer second meal breaks, and (2) Salazar failed to provide a trial plan that offered a manageable method to adjudicate classwide liability, including See’s defenses, without individual inquiry.

We affirm.  The trial court carefully analyzed the evidence that Salazar presented in support of her claim that she could establish liability through common proof.  That evidence included time records showing that 24 percent of shifts longer than 10 hours actually included a second meal period.  In light of that evidence, the trial court reasonably concluded that at least some class members were offered a second meal period in accordance with the law.  Thus, individual testimony would be necessary to show that See’s consistently applied an unlawful practice, resulting in a trial that would “devolve into a series of mini-trials.”  Moreover, Salazar failed to provide a trial plan that would permit See’s to “present its defenses without individual inquiry.”  The trial court therefore properly exercised its discretion to deny class certification.