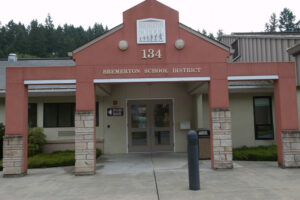 The panel issued an order denying on behalf of the court a sua sponte request for rehearing en banc, in a case in which the panel affirmed the district court’s summary judgment in favor of Bremerton School District in an action brought by Joseph Kennedy, BSD’s former high school football coach, who alleged that his rights were violated under the First Amendment and Title VII of the Civil Rights Act of 1964 when BSD prohibited him from praying at the conclusion of football games, in the center of the field, potentially surrounded by Bremerton students and members of the community.

Concurring in the denial of rehearing en banc, Judge M. Smith first addressed Judge O’Scannlain’s statements, and wrote that Kennedy was never disciplined for offering silent, private prayers, and that BSD disciplined him only after Kennedy demanded the right to pray in the middle of the high school field immediately after the conclusion of games while the players were on the field and the crowd was still in the stands. He wrote that the panel’s opinion specifically identified BSD’s potential allowance of Kennedy’s religious activity as the state action that would have violated the Establishment Clause. BSD’s decision to limit Kennedy’s religious expression was thus backed by a compelling interest. The real threat of an Establishment Clause violation justified Kennedy’s suspension. BSD’s possible option to provide a disclaimer – that Kennedy’s religious activities did not carry the school’s endorsement – was insufficient in coercive contexts, such as this instance.

Judge M. Smith next addressed Judge R. Nelson’s dissent from the denial of rehearing en banc. He wrote that this court was not at liberty to change the Supreme Court’s guidance in Sante Fe Independent School District v. Doe, 530 U.S. 290 (2000); and strongly disagreed with the suggestion that the panel applied Sante Fe’s test incorrectly.

Judge M. Smith wrote further that the actual facts of this case left no question that Kennedy did not carry his burden to show that he spoke as a private citizen, which was an independent basis to affirm the district court. Judge O’Scannlain’s contention – that the panel opinion misapplied Garcetti v. Cellalos, 547 U.S. 410 (2006) – was wrong on the current law.

Concurring in the denial of rehearing en banc, Judge Christen, joined by Judge D.W. Nelson, wrote that the panel’s opinion affirmed the district court’s summary judgment ruling because Kennedy spoke as a public employee, because BSD did not demonstrate a hint of hostility or bias toward religion or non-religion, and because BSD had a compelling interest in avoiding an Establishment Clause violation. The outcome of this appeal was driven by the particular facts and circumstances of Kennedy’s postgame, on-field prayers. She further wrote that the dissenting statements concerning the denial of rehearing en banc painted an inaccurate picture of the dilemma that Kennedy created. The dissents’ suggestion that BSD could have issued a public disclaimer was not a realistic option.

Respecting the denial of rehearing en banc, Judge O’Scannlain, joined in full by Judges Callahan, Bea, R. Nelson, Collins, and Lee, joined by Judge Bumatay as to Part III, and joined by Judge VanDyke as to all parts except Part II-B, wrote that the panel’s opinion obliterated First Amendment protections by announcing a new rule that any speech by a public school teacher or coach, while on the clock and in earshot of others, was subject to plenary control by the government. He wrote further that the panel opinion weaponized the Establishment Clause to defeat the Free Exercise claim of Kennedy, who prayed as a private person. He wrote that the panel opinion was in clear conflict with Garcetti and decades of Supreme Court cases affirming the principle that the First Amendment safeguards – not banishes – private, voluntary religious activity by public employees. He wrote that a proper application of Garcetti and its progenitors dictates that Kennedy’s prayer was his private speech, not that of the government. Consequently, Kennedy’s Free Speech rights were implicated, and the government’s stated justifications for its censorship must face constitutional scrutiny.

Judge O’Scannlain wrote that a faithful reading of the Supreme Court’s religion clauses jurisprudence makes clear that BSD’s unfounded fears of Establishment Clause liability did not justify BSD’s incursions on either Kennedy’s Free Speech rights or his Free Exercise rights. Because there was no Establishment Clause violation without state action, BSD’s sole stated interest in avoiding Establishment Clause liability could not justify suppressing the Free Exercise rights of its coach. Because strict scrutiny limits courts to considering state interests that are genuine, not hypothesized, it necessarily followed that BSD had no compelling interest in punishing Kennedy’s prayer. He wrote further that even if an observer could mistake

Kennedy’s private speech for that of the school, it was still erroneous for the panel to assume that BSD’s sole constitutional option was to suspend Kennedy. Instead, the panel should have considered the accommodation proposed by Kennedy’s counsel: a simple disclaimer, clarifying Kennedy’s prayer was his own private speech, not that of BSD.

Dissenting from the denial of rehearing en banc, Judge Ikuta, joined by Judges Callahan, R. Nelson, Bade, Forrest, and Bumatay, wrote that, given the circumstances of this case, no objective observer would think that BSD was endorsing Kennedy’s prayers. BSD’s concern that Kennedy’s religious activities would be attributed to BSD was simply not plausible. Applying the objective observer test from Sante Fe, there was no Establishment Clause violation here. Judge Ikuta wrote that en banc consideration of this case would raise an opportunity for the court to develop a framework for evaluating how a public employer can protect its employee’s religious expression without becoming vulnerable to an Establishment Clause claim.

Dissenting from the denial of rehearing en banc, Judge R. Nelson, joined in full by Judges Callahan, Bumatay, and VanDyke, and joined by Judge Ikuta, as to Part I, wrote that the panel misapplied Supreme Court precedent since none of BSD’s actions would have come close to an endorsement of religion or coercion. He wrote further that the panel’s reliance of Sante Fe was inapt as there would not have been an endorsement of religion by allowing Kennedy to pray. Moreover, Sante Fe should not have been extended by the panel as it stemmed from Lemon v. Kurtzman, 403 U.S. 602 (1971), which the Supreme Court has effectively killed. Judge R. Nelson also wrote that the panel’s analysis went far afield from the original meaning of an established religion, especially in light of American Legion v. Humanist Ass’n, 139 S. Ct. 2067 (2019). Under existing Supreme Court precedent, there was no Establishment Clause violation here.

Dissenting from the denial of rehearing en banc, Judge Collins wrote he dissented for the reasons in Judge O’Scannlain’s statement, which he joined. He also wrote to underscore one irreducible aspect of the panel’s opinion. The panel’s holding – that allowing any publicly observable prayer behavior by the coach in these circumstances, even silent prayer while kneeling, would violate the Establishment Clause – was indefensible under Supreme Court caselaw.