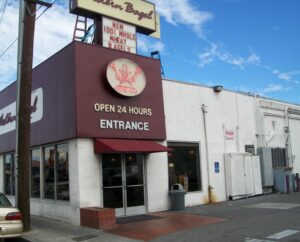 The trial court found that the Federal Arbitration Act (FAA) governs the parties’ arbitration agreement, concluded that the inconsistency between the Spanish and English severability clauses creates an ambiguity regarding whether the parties consented to binding or nonbinding arbitration, resolved this ambiguity against Western Bagel pursuant to the constructive canon of contra proferentem (whereby an ambiguity in a contract is construed against the drafter thereof), and ordered the parties to arbitrate their dispute on a nonbinding basis.

Although it is unclear whether Western Bagel has sought review of an appealable order, we need not reach that issue because we exercise our discretion to construe Western Bagel’s appeal as a petition for writ of mandate.  Upon reaching the merits of Western Bagel’s writ petition, we conclude the FAA preempted the trial court’s use of contra proferentem.  Next, assuming arguendo there is an ambiguity regarding whether the parties consented to binding or nonbinding arbitration, we employ the FAA’s default rule that any ambiguities about the scope of an arbitration agreement must be resolved in favor of arbitration as envisioned by the FAA, a fundamental attribute of which is a binding arbitral proceeding.  We thus grant Western Bagel’s petition and direct the trial court to enter a new order compelling the parties to arbitrate their dispute via binding arbitration in accordance with the terms of their arbitration agreement.