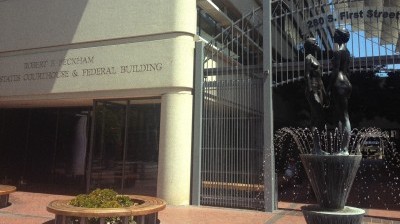 The US District Court for the Northern District of California took an important position on PAGA waivers and settlements last Friday, June 12, 2015, in Cox, et al., v. Aero Automatic Sprinkler Company, in favor of California workers. The Northern District ruled PAGA claims (and FLSA claims), survived an attempt by the employer to settle directly with the worker class before class certification. These controversial settlement attempts are sometimes referred to as a “Pick Up Stix campaign,” based on the case, Chindarah v. Pick Up Stix (2009) 171 Cal.App. 4th 796, which carved out an exception to Labor Code section 206.5 for bona fide wage disputes in a misclassification case.

In Cox v. Aero, the Court granted the Plaintiffs’ motion to compel production of class contact information, despite the employer’s argument it had already settled past, present, and future claims with the worker class by mailing them paychecks with restrictive endorsements and global settlement agreements after the action was filed, which most of the class had accepted. Attorneys for the Plaintiffs and the class had no involvement in the purported settlements, and Aero never sought court approval.

The Court held, in fairness, class counsel must have access to the class to investigate the PAGA and FLSA wage claims. (p. 8)

Interestingly, the employer, Aero Automatic Sprinkler Company, had also recently served a Fed. Rule Civ. Proc. Rule 68 Offer of Judgment to each of the six named Plaintiffs. Each of the named Plaintiffs accepted the offers of judgment and are now prevailing parties in their own individual claims against Aero, entitling them to attorneys’ fees and costs.

Despite the employer’s efforts to settle with the class and named Plaintiffs, the PAGA and FLSA claims will now continue with notice to the class by Plaintiffs’ counsel. (p. 8-9.)