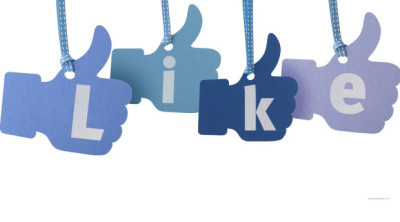 “We uphold the NLRB’s findings of fact if supported by substantial evidence and the NLRB’s legal determinations if not arbitrary and capricious.” Cibao Meat Products, Inc. v. NLRB, 547 F.3d 336, 339 (2d Cir. 2008) (internal quotation marks and alteration omitted). Substantial evidence means “such relevant evidence as a reasonable mind might accept as adequate to support a conclusion.” NLRB v. Starbucks Corp., 679 F.3d 70, 77 (2d Cir. 2012) (internal quotation marks omitted). We assume the parties’ familiarity with the facts and record below, which we reference only as necessary to explain our decision.

Employee Discharges and Other Violations of Section 8(a)(1)

An employee’s Section 7 rights must be balanced against an employer’s interest in preventing disparagement of his or her products or services and protecting the reputation of his or her business. See Valley Hosp. Med. Ctr., Inc., 351 NLRB 1250, 1252–53 (2007). Accordingly, an employee’s communications with the public may lose the protection of the Act if they are sufficiently disloyal or defamatory. See MasTec Advanced Technologies, 357 NLRB No. 17, slip op. at *6 (2011). These communications may be sufficiently disloyal to lose the protection of the Act if they amount to criticisms disconnected from any ongoing labor dispute. See NLRB v. Elec. Workers Local 1229 (Jefferson Standard), 346 U.S. 464, 476–77 (1953).

An employee’s public statement is defamatory if made maliciously, meaning “with knowledge of its falsity, or with reckless disregard of whether it was true or false.”  Linn v. United Plant Guard Workers of America, Local 114, 383

U.S. 53, 61 (1966). “The mere fact that statements are false, misleading or inaccurate is insufficient to demonstrate that they are maliciously untrue. Where an employee relays in good faith what he or she has been told by another employee, reasonably believing the report to be true, the fact that the report may have been inaccurate does not remove the relayed remark from the protection of the Act.” Valley Hosp., 351 NLRB at 1252–53.

The Board determined as an initial manner that the only employee conduct at issue was (1) Spinella’s [Facebook] “like” of LaFrance’s initial status update (“Maybe someone should do the owners of Triple Play a favor and buy it from them. They can’t even do the tax paperwork correctly!!! Now I OWE money…Wtf!!!!”); and (2) Sanzone’s comment stating “I owe too. Such an asshole.” Special App’x 5. Regarding this conduct, the Board concluded that, “in the context of the ongoing dialogue among employees about tax withholding,” Spinella and Sanzone had at maximum endorsed LaFrance’s claim that Triple Play had erred in her tax withholding. Special App’x 5. The Board declined to hold either Sanzone or Spinella responsible for any other statement posted in the Facebook discussion on ground that “neither Sanzone nor Spinella would have lost the protection of the Act merely by participating in an otherwise protected discussion in which other persons made unprotected statements.” Special App’x 5.

The ALJ found and the Board agreed that the Facebook activity in this case was “concerted” under the standard set forth in Meyers Industries, 281 NLRB 882, 887 (1986) enfd. sub nom. Prill v. NLRB, 835 F.2d 1481 (D.C. Cir. 1987), cert. denied 487 U.S. 1205 (1988), because it involved four current employees and was “part of an ongoing sequence of discussions that began in the workplace about [Triple Play’s] calculation of employees’ tax withholding.”  Special App’x 3 (internal quotation marks omitted). The Board also adopted the ALJ’s recommendation that the Facebook activity was “protected” because “the discussion concerned workplace complaints about tax liabilities, [Triple Play’s] tax withholding calculations, and LaFrance’s assertion that she was owed back wages.” Special App’x 3.

After finding that Sanzone’s and Spinella’s Facebook activity constituted protected concerted activity, the only remaining question before the Board was whether that Facebook activity was so disloyal or defamatory as to lose the protection of the Act. The Board applied Jefferson Standard to conclude that Sanzone’s and Spinella’s Facebook activity was not so disloyal as to lose protection of the Act because “[t]he comments at issue did not even mention [Triple Play]’s products or services, much less disparage them.” Special App’x 5. The Board further concluded that Triple Play failed to meet its burden under Linn to establish that the comments at issue were defamatory because “there is no basis for finding that the employees’ claims that their withholding was insufficient to cover their tax liability, or that this shortfall was due to an error on [Triple Play]’s part, were maliciously untrue.”  Special App’x 6.

Triple Play argues on appeal that because Sanzone’s and Spinella’s Facebook activity contained obscenities that were viewed by customers, the Board should have found that this activity lost the protection of the Act under Starbucks, a case in which a Second Circuit panel remanded a Board Order for reconsideration of the proper standard to apply when analyzing an employee’s utterance of obscenities in the presence of customers. 679 F.3d at 80. In Triple Play’s view, the panel in Starbucks “strongly suggested” that an employee’s obscenities uttered in the presence of customers “would not be protected in most or all circumstances.” Appellant’s Br. 20.

Triple Play’s reliance on Starbucks is misplaced. The Starbucks panel premised its decision on a finding that the Board had “disregarded the entirely legitimate concern of an employer not to tolerate employee outbursts containing obscenities in the presence of customers.” Starbucks, 679 F.3d at 79. Here, the Board stated unequivocally that its application of Jefferson Standard and Linn was based on its longstanding recognition “that an employer has a legitimate interest in preventing the disparagement of its products or services and, relatedly, in protecting its reputation . . . from defamation.” Special App’x 4.

Furthermore, accepting Triple Play’s argument that Starbucks should apply because the Facebook discussion took place “in the presence of customers” could lead to the undesirable result of chilling virtually all employee speech online.

Almost all Facebook posts by employees have at least some potential to be viewed by customers. Although customers happened to see the Facebook discussion at issue in this case, the discussion was not directed toward customers and did not reflect the employer’s brand. The Board’s decision that the Facebook activity at issue here did not lose the protection of the Act simply because it contained obscenities viewed by customers accords with the reality of modern‐day social media use.

Triple Play further argues that, even if the Board were correct to apply Jefferson Standard and Linn, the Board’s factual conclusions relating to those standards were unsupported because “no evidence in the record . . . establishes that Sanzone’s comment was limited” only to “endorsing LaFrance’s complaint that she owed money on her taxes due to a tax withholding error on [Triple Play]’s part.”  Appellant’s Br. 27–28 (internal quotation marks omitted). Triple Play would have us find that “the evidence, when taken as a whole, demonstrates that Sanzone clearly endorsed such a comment by LaFrance and that Spinella also endorsed disparaging comments about Triple Play and its owners.” Appellant’s Br. 28. Triple Play also argues that the Board erred in concluding under Linn that Sanzone’s comment was not defamatory because “the evidence unequivocally establishes that Sanzone’s endorsement of LaFrance’s complaint was knowingly false, as Sanzone did not believe that Triple Play had made any errors with respect to her income tax withholdings.” Appellant’s Br. 33.

We agree with counsel for the Board that “Spinella’s and Sanzone’s communications, which were made to seek and provide mutual support looking toward group action, were not made to disparage Triple Play or to undermine its reputation.” NLRB Br. 34. The Facebook discussion clearly disclosed the ongoing labor dispute over income tax withholdings, and thus anyone who saw Spinella’s “like” or Sanzone’s statement could evaluate the message critically in light of that dispute.

We also agree with counsel for the Board that Sanzone’s comment was not defamatory under the Linn standard in light of the fact that she had conversations with other employees regarding their tax concerns prior to the Facebook discussion. As the Board observed, “simply because Sanzone knew that Triple Play did not make an error on her (own) tax withholdings does not mean that Sanzone’s endorsement of LaFrance’s complaint about Triple Play making tax withholding errors was deliberately or maliciously false.” NLRB Br. 40–41. Although Sanzone may not have believed that Triple Play erroneously withheld her taxes, that has no bearing on the truth of her statement “I owe too” or her conceivable belief that Triple Play may have erroneously withheld other employees’ taxes. It is certainly plausible that Sanzone truly owed taxes, even if that was not the result of an error on Triple Play’s part—and even if other employees’ claims regarding erroneous tax withholdings later proved inaccurate, such inaccuracies by themselves do not remove the statement from the protection of the Act.

A rule violates Section 8(a)(1) if it would reasonably tend to chill employees in the exercise of their Section 7 rights. Lafayette Park Hotel, 326 NLRB 824, 825 (1998), enfd. 203 F.3d 52 (D.C. Cir. 1999). If the rule explicitly restricts activities protected by Section 7, then it is unlawful. NLRB v. Martin Luther Mem’l Home, Inc. d/b/a Lutheran Heritage Village—Livonia, 343 NLRB 646, 646 (2004).  “If the rule does not explicitly restrict activity protected by Section 7, the violation is dependent upon a showing of one of the following: (1) employees would reasonably construe the language to prohibit Section 7 activity; (2) the rule was promulgated in response to union activity; or (3) the rule has been applied to restrict the exercise of Section 7 rights.”  Id. at 647.

Neither party disputed the ALJ’s findings that Triple Play’s Internet/Blogging policy (1) did not explicitly restrict the exercise of Section 7 rights, (2) was not promulgated in response to union activity, and (3) was not applied to restrict Section 7 rights. The inquiry before the Board was thus limited to whether “employees would reasonably construe the language to prohibit Section 7 activity.”  Id.

Although the ALJ found that employees would not reasonably construe the language of the Internet/Blogging policy to restrict Section 7 activity, the Board declined to adopt this recommendation and found instead that, under the Lutheran Heritage framework, “employees would reasonably interpret [Triple Play]’s rule as proscribing any discussions about their terms and conditions of employment deemed ‘inappropriate’ by [Triple Play].” Special App’x 7. We believe that the majority opinion of the Board correctly identified the Lutheran Heritage framework as the governing rule on this question and reasonably applied that rule to the facts of this case.

Quoted from the Summary Order of the U.S. Court of Appeals for the Second Circuit.

The California labor lawyers of Rose Law represent public and private sector unions and labor organizations throughout the state. If your employee or professional organization needs union legal help and expert advocacy by California labor lawyers, contact 1-800-456-3767, or submit a message using the contact form on this page. Prepaid plans are available to fit your budget. Your members will appreciate their access to employment attorneys as a valuable benefit of membership in your organization.