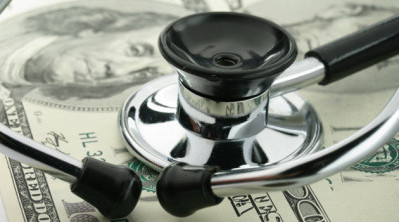 Neil A. Van Dyck, 64, of Roseville, California, pleaded guilty to health care fraud, United States Attorney Benjamin B. Wagner announced. According to court documents, Van Dyck was a California-licensed podiatrist who operated a podiatry practice in Roseville called Placer Podiatry. Van Dyck offered “spa”-like treatments and performed routine foot care at his practice. Between 2009 and 2014, however, Van Dyck submitted more than $2.8 million in fraudulent claims for reimbursement to Medicare, Medi-Cal, Tricare and private insurers. He falsely claimed that he performed more expensive procedures than he actually performed, or that the routine foot care that was provided was justified because of illness or symptoms that were not present. Often times the treatments were performed by unlicensed staff sometimes when Van Dyck was not present at his practice. Additionally, Van Dyck altered a single-use skincare patch by cutting it into pieces and billed Medicare for multiple applications. In response to a request for documents from an investigator for Medicare, Van Dyck altered patients’ medical records to justify his fraudulent bills. Medicare, Medi-Cal, Tricare and the private insurers paid Van Dyck over $1 million for his fraudulent claims.

“Providers overbilling and charging for phantom treatments are picking the pockets of taxpayers and assaulting government health program integrity,” said Gerald T. Roy, Special Agent in Charge, Office of Inspector General for the U.S. Department of Health and Human Services. “Working in close coordination with our law enforcement partners we will tirelessly investigate and bring these criminals to justice.”

“Dr. Van Dyck engaged in health care fraud schemes designed to financially benefit himself without regard for the impact his actions had on his patients,” said Supervisory Special Agent David Hanzal of the FBI’s Sacramento field office. “He fraudulently billed health insurance programs and compromised the integrity of Medicare billing and medical history records of patients, potentially impacting the affected patients’ future medical benefits. The FBI, in coordination with our law enforcement partners, continues to investigate providers who prey on unsuspecting patients and defraud public and private health insurance programs.”

This case is the product of an investigation by the Office of Inspector General for the U.S. Department of Health and Human Services and the Federal Bureau of Investigation. Assistant United States Attorney Todd A. Pickles is prosecuting the case.

Van Dyck is scheduled to be sentenced by Judge Garland E. Burrell Jr. on January 15, 2016. Van Dyck faces a maximum statutory penalty of 10 years in prison and a fine of $250,000 or twice the loss or gain. The actual sentence, however, will be determined at the discretion of the court after consideration of any applicable statutory factors and the Federal Sentencing Guidelines, which take into account a number of variables.

Medical professionals, paraprofessionals, and employees who discover and report fraudulent over billing of Medicare, Medicaid, and Medi-Cal may qualify for whistleblower protection and recover a monetary award under federal and state false claims act or “qui tam” laws. Hiring an experienced California whistleblower or false claims act (qui tam) attorney is important to proper evaluation and prosecution of these claims.

Licensed medical professionals, like podiatrist Dr. Van Dyck, who are convicted of criminal charges will typically also face an accusation concerning their professional medical licenses, like probation, suspension, or revocation. Coordination among lawyers and law firms of the criminal defense and professional license defense cases is imperative.