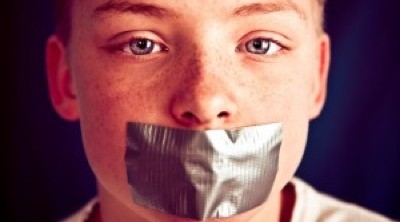 In a 4 to 3 decision, the California Supreme Court held in mid-October the confession to police of a 10 year-old who admitted to killing his neo-Nazi father was admissible evidence in his criminal trial because the boy – “Joseph H.” – voluntarily and knowingly waived his right to remain silent under Miranda v. Arizona. Joseph H. was one of 613 children under age 12 who were arrested in California for felonies in 2011.

Joseph shot and killed his father, Jeff Hall, while the West Coast leader of a neo-Nazi organization known as the National Socialist Movement was asleep on the couch. Evidence in the criminal trial established the father physically abused Joseph and his stepmother, threatened to burn down the family’s residence with them inside, and was addicted to drugs. Court records also showed Joseph had been exposed to several illicit drugs while in the womb, was expelled from many schools for violence, was diagnosed with attention deficit disorder, and had low-average intelligence.

The trial court judge and the intermediate appeals court held Joseph validly waived his Miranda rights when he admitted to the killing to police. It is not uncommon for California courts to find minors under age 15 to voluntarily waive their Miranda rights. However, Joseph is the youngest child to be held by a California court to have made a knowing and voluntary waiver of the constitutional right to remain silent. Previously, the youngest child in this legal situation was a 12 year-old.

Joseph was found guilty of second-degree murder and sentenced to a maximum 40 years to life. However, he will be eligible for parole at age 20. Because of his young age he must be released from prison when he turns 23 years-old.

Criminal defense attorneys in Sacramento, and elsewhere in California, have expressed concern about the court’s holding that a 10 year-old can make a knowing, voluntary, and intelligent waiver of his constitutional right to remain silent.