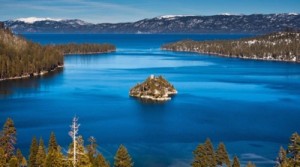 SACRAMENTO, CA — A federal lawsuit filed yesterday in the U.S. District Court for the Eastern District of California alleges the City of South Lake Tahoe is reneging on promises made to some 160 retired public servants of continued health benefits during retirement. This comes as health care costs rise while retired public servants living on fixed incomes are disproportionately squeezed with escalating prescription, co-pay, hospitalization and other health care costs. City of South Lake Tahoe seniors fear financial ruin as their health care deductibles ratcheted to $5,500 per year, while younger, active City employees receive cash subsidies to pay for rising premiums, the lawsuit says.

The plaintiff, City of South Lake Tahoe Retirees Association, says the retirees were guaranteed the right to maintain membership in the City’s health care plan indefinitely by City Council resolutions dating back to at least 1988. The lawsuit explains retirees were granted, as a vested benefit, escalating levels of City-paid premium subsidies depending on years of service to the City. Many retirees continued in public service at wages lower than their private sector counterparts in reliance on the repeated promises of health premium assistance in retirement, says the Association.

The retirees say despite almost three decades of promises, in January 2015, the City Council adopted a resolution forcing retirees into the lowest and most expensive tier of a new tiered health plan and abolished their dental coverage completely. Retirees are not given the option to purchase better coverage at their vested contribution rates based on years of service, alleges the lawsuit.

According to the lawsuit, the City has a $4 million dollar Retiree Health Fund set aside, so the promise of lifetime health care for 160 retirees is not a burden or unfunded liability to the City.

Rose Law attorneys sent a letter to the City of South Lake Tahoe in June demanding the City return the Retirees to the level of health care before the January Resolution or engage in discussions to solve the crisis, but the City’s lawyer rejected the retirees’ plea. The Association says it had to sue the City of South Lake Tahoe in Federal Court to protect the rights of the most vulnerable seniors.

More information and case documents are available by following this link.