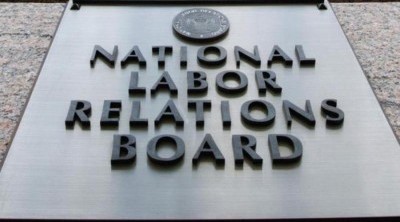 The technicians were hired and trained by Carter Brothers to provide security system installation services to AT&T Digital Life nationwide. The technicians were unlawfully misclassified as independent contractors rather than employees and were not paid minimum wages, overtime, and other compensation required by federal and California labor laws, Rose Law alleged in a federal lawsuit filed in early-2014 in the U.S. District Court for the Eastern District of California, located in Sacramento. Carter Brothers also failed to withhold and pay necessary payroll, Social Security, and Medicare taxes, and did not provide workers’ compensation, unemployment insurance, group health insurance, and other benefits, leaving employees with huge tax bills and no unemployment benefits after they were all laid off. Injured workers had no access to workers’ compensation protections.

Under so-called independent contractor agreements, Carter Brothers purports to require the workers to waive their rights to bring their claims in court, and instead bring their claims in Fulton County, Georgia in front of a private arbitrator, paying the costs of travel and lodging to get there, paying half the cost of the private arbitrator’s substantial fee, and risking the possibility of paying the employer’s attorney’s fees and costs, all of which are illegal practices, the Rose Law lawsuit alleges.

U.S. District Court judge Morrison England agreed with Rose Law, holding the agreements – including the private arbitration provisions – were unconscionable, illegal, and unenforceable, and allowing the lawsuit to move forward in the federal courthouse in Sacramento. Carter Brothers appealed Judge England’s ruling to the U.S. Court of Appeal for the Ninth Circuit. The appeal is pending.

Congress enacted the NLRA in 1935 to protect the rights of employees and employers, to encourage collective bargaining, and to curtail certain private sector labor and management practices, which can harm the general welfare of workers, businesses and the U.S. economy. One hallmark of the NLRA is protecting workers’ rights to join together and participate in collective action for mutual aid and protection. Employees have the right to act together for their mutual aid and protection, even if they are not in a union.

Section 7 of the NLRA provides:

Rights of Employees. Employees shall have the right to self-organization, to form, join, or assist labor organizations, to bargain collectively through representatives of their own choosing, and to engage in other concerted activities for the purpose of collective bargaining or other mutual aid or protection, and shall also have the right to refrain from any or all of such activities except to the extent that such right may be affected by an agreement requiring membership in a labor organization as a condition of employment as authorized in section 8(a)(3) [section 158(a)(3) of this title].

It shall be an unfair labor practice for an employer– (1) to interfere with, restrain, or coerce employees in the exercise of the rights guaranteed in section 7;

In recent briefs filed with the 9th Circuit Court of Appeal on June 29 and again on October 13, 2015, Carter Brothers’ lawyers sought to enforce these arbitration agreements, arguing the agreements implicitly compel arbitration of the technicians’ employment claims on an individual basis rather than a class or collective basis. In maintaining the employees must only bring their claims one at a time rather than together as a group, Carter Brothers has violated Sections 7 and 8(a)(1) of the NLRA, the unfair labor practice charge alleges. The unfair labor practice charge states:

On June 29, 2015, and October 13, 2015, Employer Carter Brothers Security Services, LLC, through its attorney, Jeffrey Melcher of Gordon & Rees LLP, filed appellate briefs with the United States Court of Appeals for the Ninth Circuit in the case captioned RAMSES GUTIERREZ, et al., individually and on behalf of all others similarly situated Plaintiffs and Appellees, vs. CARTER BROTHERS SECURITY SERVICES, LLC, a Florida limited liability company, Case No. 2:14-cv-00351-MCE-CKD, seeking to enforce a private arbitration agreement (“Agreement”) to compel arbitration of employment disputes on an individual rather than a class or collective basis. Accordingly, the Employer seeks to apply the Agreement to restrict the exercise of Sec. 7 rights, which conduct is thus unlawful under Leslie’s Poolmart, Inc. and Keith Cunningham, Case 21–CA–102332 (Aug. 25, 2015), On Assignment Staffing Services, Inc. and Arnella M. Freeman, Case 32–CA–095025 (Aug. 27, 2015), Murphy Oil USA, Inc. 361 NLRB No. 72 (2014), and D. R. Horton, Inc., 357 NLRB No. 184 (2012), enf. denied in relevant part 737 F.3d 344 (5th Cir. 2013). At all times during the last six months, the Employer has continuously maintained and enforced its unlawful rule and/or policy to prevent Charging Party and hundreds of other similarly situated underpaid workers from engaging in concerted protected activity for mutual aid and protection by collectively advancing their wage, overtime, nd other employment-related claims, which is a continuing violation. See Cellular Sales of Missouri, LLC, 362 NLRB No. 27, slip op. at 12 (2015).

In several cases, the NLRB has held such private arbitration agreements restricting the rights of employees to advance their employment claims collectively as a group to violate Section 7 of the NLRA, ordering the employer to cease and desist from enforcing the agreements in such a manner.

In D. R. Horton, Inc. and Michael Cuda, Case 12–CA–25764, 357 NLRB No. 184 (2012), the NLRB held “an employer violates Section 8(a)(1) of the National Labor Relations Act when it requires employees covered by the Act, as a condition of their employment, to sign an agreement that precludes them from filing joint, class, or collective claims addressing their wages, hours or other working conditions against the employer in any forum, arbitral or judicial.” The NLRB found that such an agreement unlawfully restricts employees’ Section 7 right to engage in concerted action for mutual aid or protection, notwithstanding the Federal Arbitration Act (FAA), which generally makes employment-related arbitration agreements judicially enforceable.

More recently, in On Assignment Staffing Services, Inc. and Arnella M. Freeman, Case 32–CA–095025 (August 27, 2015), the NLRB reaffirmed its decision in D.R. Horton, Inc. even where the employees are permitted an opportunity to affirmatively opt out of the agreement within 10 days.

In Leslie’s Poolmart, Inc. and Keith Cunningham, Case 21–CA–102332 (August 25, 2015), the NLRB held such an agreement unlawful as to former employees, and even where the agreement does not explicitly prohibit class or collective arbitration, so long as the agreement “has been enforced to compel arbitration on an individual rather than a class or collective basis.” The NLRB also reaffirmed its holding in Beyoglu, 362 NLRB No. 152, slip op. at 2 (2015). that “the filing of an employment related class or collective action by an individual employee is an attempt to initiate, to induce, or to prepare for group action and is therefore conduct protected by Section 7.”

The workers are represented by California employment attorneys Joe Rose and Lisa Bradner of Rose Law APC headquartered in Sacramento County. Rose and Bradner have a combined total of 25 years in practice representing employees and workers misclassified as independent contractors in individual, collective, representative, and class actions under federal and California labor laws. They have helped thousands of workers recover millions of dollars in unpaid wages, penalties, and attorney’s fees. Rose and Bradner handle wage, hour, and other employment cases for plaintiffs throughout California and nationwide. They can be reached by calling toll-free 1-800-456-3767, or local (916) 273-1260.

More information about this case, including downloadable case documents, can be found at https://joeroselaw.com/carter/.