By joeroselawApril 1, 2016Uncategorized
No Comments 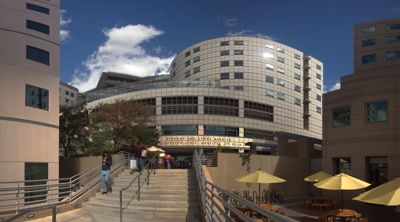 Plaintiffs’ operative complaint alleged that decedent George Fenimore, Jr., suffered from Alzheimer’s disease and dementia, was prone to wandering away from home, and had begun to suffer an increased number of falls, leading his family to admit him to a local hospital. He was transferred from that hospital to Resnick Neuropsychiatric Hospital at UCLA (the Hospital). Within minutes of entering the Hospital, Fenimore was left unattended, and he fell and broke his hip. The Hospital initially attempted to conceal his fall, but eventually informed the family. Fenimore died in July 2013, while recovering from hip surgery. His family sued the Hospital for elder abuse, negligence, negligent hiring and supervision, and wrongful death. The trial court sustained the Hospital’s demurrer without leave to amend as to the causes of action for elder abuse and negligent hiring and supervision, and plaintiffs dismissed their remaining causes of action (to permit an immediate appeal).

The Court of Appeal reversed, holding that the trial court improperly sustained the demurrer as to the elder abuse cause of action. The Elder Abuse and Dependent Adult Civil Protection Act (Welf. & Inst. Code, § 15600 et seq.) does not provide liability for simple or gross negligence by health care providers. Rather, it requires plaintiffs to plead and prove something more than negligence—reckless, oppressive, fraudulent, or malicious conduct. Here, plaintiffs alleged the Hospital committed neglect by allowing Fenimore to fall minutes after entering the facility, failing to treat his fractured hip for four days, and violating certain state regulations for acute psychiatric hospitals, including staffing regulations. The Court of Appeal found that the first two allegations were insufficient to support elder abuse liability because they demonstrated no more than “mere incompetence or unskillfulness, i.e., negligence.” However, plaintiffs’ additional allegation that the Hospital violated state staffing regulations provided a sufficient basis for finding neglect. The Court of Appeal further held that allegations that the Hospital had “a knowing pattern and practice of understaffing in violation of applicable regulations” supported an inference of recklessness (defeating a demurrer), and were also a basis for distinguishing Worsham v. O’Connor Hospital (2014) 226 Cal.App.4th 331, 338. Accordingly, because plaintiffs stated at least one viable theory of elder abuse based on recklessness, the trial court should have overruled the Hospital’s demurrer to that cause of action.

Looking for Nursing Home Abuse Lawyers In New Mexico? The Parnall Law Firm in Albuquerque may be able to help you out with your situation.