Does Your Employer Make You Clock Out to Take Breaks? What You Need to Know About Wage Theft 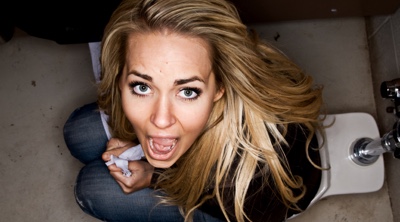 Federal law says that breaks of 20 minutes or less must be paid. Under California law, which is more generous to employees than federal law, non-exempt workers are entitled to 10 minute paid rest breaks for every four hours worked, and a 30-minute unpaid meal break if you work more than five hours in a single workday.

It’s sad but true: Some unscrupulous employers exploit the fact that workers don’t know their rights regarding fair compensation. Often, that means that employees go home with a few less dollars in their pockets while these employers quietly collect the difference.

This is a practice known as wage theft. Wage theft often manifests when employers nickel and dime workers over seemingly little things. Stripping workers’ paychecks of a few dollars here and a few dollars there can add up quickly.

The net result is often that employees are shorted hours, days, or in some extreme cases, even weeks of compensable time each year. Despite federal and California laws to protect workers’ rights to fair compensation, there are far too many companies that are eager to find ways to game the system to their benefit.

Let’s take a look at a recent case in which a Pennsylvania company found a creative way to use restroom breaks to steal wages from its mostly minimum-wage workforce. Then we’ll discuss what you need to know about your rights to take breaks on the job.

Bathroom Breaks Only Allowed Off the Clock

If you walked into a telemarketing office for Progressive Business Publications, chances are that you wouldn’t see a lot of people with water bottles or coffee mugs at their work stations.

Why was that? Because telemarketers were told they needed to log out of the automated call program before leaving their desks for any reason unrelated to work, including trips to the restroom.

Workers knew that at the end of the pay period their pay would be docked to reflect all of the minutes they were logged out of the system. Since many of the telemarketers worked for minimum wage, that meant that not only were their checks short, but they were also not compensated in accordance with the law.

Eventually, one of the telemarketers had enough and complained. The U.S. Department of Labor (DOL) notified the company that failing to pay minimum wage was a violation of the Fair Labor Standards Act (FLSA).

Believe it or not, getting a hand slap from the DOL wasn’t enough to make the company change its practice. The DOL sued the company on behalf of 6,000 telemarketers in Pennsylvania, New Jersey, and Ohio.

Company’s Creative Interpretation of the Law

In court, the company argued that breaks were essentially the same thing as time off, so it stated that it was not obligated to compensate employees for that time. It attempted to justify this argument by describing its unique policy that supposedly allowed workers unlimited “off-duty” time, in which people were completely relieved of their work tasks and were free to do whatever they liked.

The company stated that employees benefited from this “flexible” work arrangement that allowed them to take as many breaks as they wanted for as long as they wanted. Company officials even claimed that telemarketers were not even required to return to work after this so-called off-duty time.

The court did not agree with the company’s argument, and the company lost the case.

The court ruled that the company had violated the FLSA by failing to compensate workers for short breaks of 20 minutes or less. It pointed out that short breaks are necessary to allow employees to “… visit the bathroom, stretch their legs, get a cup of coffee, or simply clear their head after a difficult stretch of work.” It added that the intent of the law is to protect employee health and general well-being by not discouraging people from taking breaks when needed.

In other words, it’s illegal for companies to discourage people from using the bathroom by docking their pay.

The company was ordered to pay back wages and damages to the 6,000 workers represented in the lawsuit. The total is estimated to be around $1.75 million.

What the Law Says About Breaks

It may be surprising to find out that federal law doesn’t guarantee most hourly employees any specific breaks. However, that doesn’t mean that workers are expected to remain at their work stations during the entirety of their shifts.

As mentioned in the discussion above, the FLSA states that breaks of 20 minutes or less must be compensated.

Breaks of more than 20 minutes are not required to be compensated under federal law. Often, that means employers can lawfully require employees to clock out for meal breaks of 21 minutes or longer.

California law is more protective of workers than federal law, because it requires employers to allow nonexempt employees to take a 10-minute rest period that must, insofar as practicable, be taken in the middle of each work period. The rest period is based on the total hours worked daily and must be at the minimum rate of a net ten consecutive minutes for each four hour work period, or major fraction thereof.

Because issues surrounding wage and hour theft can be complicated, it’s a good idea to speak to a good, knowledgeable labor and employment law attorney who represents employees if you suspect you’ve been unlawfully denied your pay.

Our employment lawyers represent employees throughout California, with law offices based in Sacramento, Modesto, Ventura & San Diego, CA. Contact us today at (800) 456-3767 to discuss your wage theft claim.