By joeroselawOctober 19, 2015Uncategorized
No Comments 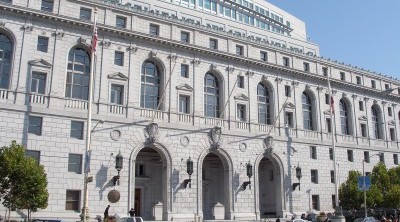 The FLIR attorneys argued the employees’ loss early in the case on their motion for summary judgment is a bar to the malicious prosecution lawsuit under the “interim adverse judgment rule,” even though they ultimately won the case and there was finding by the trial judge of bad faith.

The California Court of Appeal, Second Appellate District, agreed with the company’s attorneys. But the California Supreme Court has granted review, signaling a possible reversal of the decision and a refining the “interim adverse judgment rule” in the unique circumstances presented by this case.

The case is Parrish v. Latham & Watkins (2015) 238 Cal.App.4th 81. The intermediate appellate court decision is set forth beginning in the next paragraph below. However, remember when reading below that the California Supreme Court has granted review of the decision.

Petition for review after the Court of Appeal affirmed an order granting a special motion to strike in a civil action. This case presents the following issue: Does the denial of former employees’ motion for summary judgment in an action for misappropriation of trade secrets conclusively establish that their former employer had probable cause to bring the action and thus preclude their subsequent action for malicious prosecution, even if the trial court in the prior action later found that it had been brought in bad faith?

The case proceeded to a bench trial, after which the trial court found in favor of Former Employees in the Underlying Action. Moreover, Former Employees obtained an award of attorney fees pursuant to the Uniform Trade Secrets Act (the UTSA) based on the trial court’s finding that FLIR brought the misappropriation claim in bad faith. (See Civ. Code, § 3426.4.) Division Six of this Appellate District affirmed the attorney fee order on appeal. (FLIR Systems, Inc. v. Parrish (2009) 174 Cal.App.4th 1270, 1274.)

Thereafter, Former Employees brought the instant malicious prosecution action against the attorneys who represented FLIR in the Underlying Action, Latham & Watkins LLP and Daniel Schecter (collectively, Latham). Latham moved to strike the complaint under Code of Civil Procedure section 425.16, the anti-SLAPP statute, arguing, inter alia, the denial of Former Employees’ defense motion for summary judgment conclusively established FLIR had probable cause for the Underlying Action and, hence, Former Employees could not establish a possibility of prevailing on their malicious prosecution claim. The trial court granted the motion.

Former Employees principally contend that the interim adverse judgment rule does not preclude this malicious prosecution action because the trial court’s finding of bad faith after a bench trial in the Underlying Action negates its prior ruling denying summary judgment.

We conclude this hindsight approach is inconsistent with a core principle of the interim adverse judgment rule—namely, that an interim ruling on the merits establishes probable cause in the underlying action, even though that ruling is later reversed by the trial court, a jury, or an appellate court. Accordingly, we reject Former Employees’ contention and affirm.

The case is Parrish v. Latham & Watkins (2015) 238 Cal.App.4th 81. Again, the California Supreme Court has granted review. We will keep you updated as this case proceeds.

The labor, employment, and civil litigation attorneys at Rose Law have successfully defended employees and defendants in lawsuits brought by their former employers under the Uniform Trade Secrets Act (UTSA). Our lawyers have also successfully litigated special motions to strike under California’s anti-SLAPP statute, and lawsuits for malicious prosecution and abuse of process. If you are facing a misappropriation of trade secrets or malicious prosecution lawsuit, contact our Sacramento-based trade secrets lawyers at 1-800-456-3767, or use the form on this page to submit a message to us.